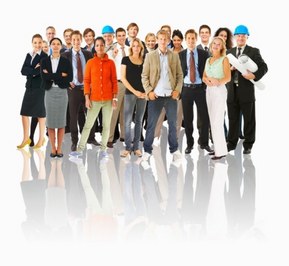 Welcome to the Lapp Career Center, your resource for employment opportunities.

Headquartered in Florham Park, New Jersey, the Lapp NA is a wholly-owned subsidiary of Lapp Kabel (U.I. Lapp GmbH). The Lapp NA is responsible for the manufacture, sales, service and marketing of Lapp Kabel products in the United States, Canada and Mexico.

The Lapp NA prides itself in providing a great place to work. Competitive benefits and compensation package, career advancement opportunities, recognition and rewards programs, work/life balance all make the Lapp NA a top employer in the wire & cable industry.

Lapp’s goal is to provide the finest-quality products and services to customers and to do this more efficiently and economically than our competitors. By satisfying our customers' needs, they will continue to do business with us and will recommend us to others. All Lapp employees play an important part of this process as their work directly influences our company's reputation.

We, at Lapp, are committed to providing the best possible climate for maximum development and achievement of goals for all employees. Our practice has always been to treat each employee as an individual. We have always sought to develop a spirit of teamwork; individuals working together to attain a common goal.

In order to maintain an atmosphere where these goals can be accomplished, we have provided a workplace which is comfortable and progressive. Most importantly, we have a workplace where communications are open and problems can be discussed and resolved in a mutually respectful atmosphere taking into account individual circumstances and the individual employee.

We believe the main reason we have been able to adhere to our policy of individual and team recognition is that we have been able to speak directly  to each other without the interference of an outside third party, which would have no real stake in the future of our company and our employees.

We firmly believe that by our communicating with each other directly, we can continue to resolve any difficulties that may arise and develop a mutually beneficial relationship.

Lapp is an Equal Opportunity Employer.